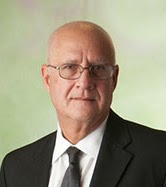 Bruce Dubin, D.O., J.D., FCLM, FACOI, was recently named as KCUMB’s executive vice president for academic affairs, provost and dean of the College of Osteopathic Medicine. He will join the University in mid-November.

I truly believe that Dr. Dubin is one of the great thought leaders in osteopathic medical education today. In particular, his dedication to teaching and his understanding of the classroom dynamic has made him an extraordinary administrator. These assets will make him an extremely valuable member of our executive leadership team.


Dr. Dubin comes to KCUMB from Rocky Vista University College of Osteopathic Medicine in Parker, Colo., where he has served as the dean and chief academic officer since 2009. He also served as interim president from 2011-2013.

He received the Meritorious Medical Educator Recognition from the Texas Legislature in 2010, the Texas Osteopathic Association’s Meritorious Service Award in 2009, and was named Educator of the Year by the American Osteopathic Foundation in 2007. He is a member of the State Bar of Michigan and the Federal Bar.

Dr. Dubin earned a bachelor of arts in chemistry and biology from Eastern Michigan University and a juris doctor from the University of Detroit Mercy. He earned a doctor of osteopathic medicine from A.T. Still University's Kirksville College of Osteopathic Medicine in Kirksville, Mo. He is board certified in internal medicine (AOBIM).


We look forward to Dr. Dubin joining us and have high expectations for our academic programs.