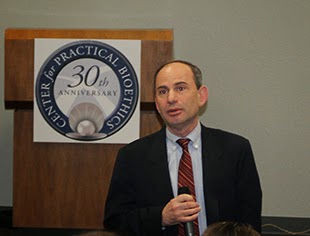 Listen to Steve Kraske’s conversation with Peggy Battin about “Making a Plan for the End.”
Email ThisBlogThis!Share to TwitterShare to FacebookShare to Pinterest

She has significant experience with fundraising in both educational and health care environments will be a tremendous asset to our team at KCUMB. She has demonstrated a successful track record and strategic approach through her previous role securing gifts at Children’s Mercy Hospital in Kansas City.

In addition to increasing the donor base at Children's Mercy Hospital while managing philanthropic gift planning and regional giving, she has once served as vice president for university advancement at Rockhurst University in Kansas City, Mo. In that capacity, she was instrumental in reshaping Rockhurst's annual giving program to increase philanthropic revenue and alumni participation.

In her new role as vice president of advancement for KCUMB, Lampo will supervise the alumni relations and advancement staff, as well as work closely with the president, Board of Trustees and senior leadership to maximize the success of all university fundraising initiatives and campaigns and promote the University’s mission. Lampo will be an integral part of our development efforts, especially as we approach our centennial anniversary in 2016.
Email ThisBlogThis!Share to TwitterShare to FacebookShare to Pinterest

KCUMB employees, alumni and students are making a difference in the lives of local villages and communities in Guatemala and the Dominican Republic through their participation in DOCARE International medical missions. 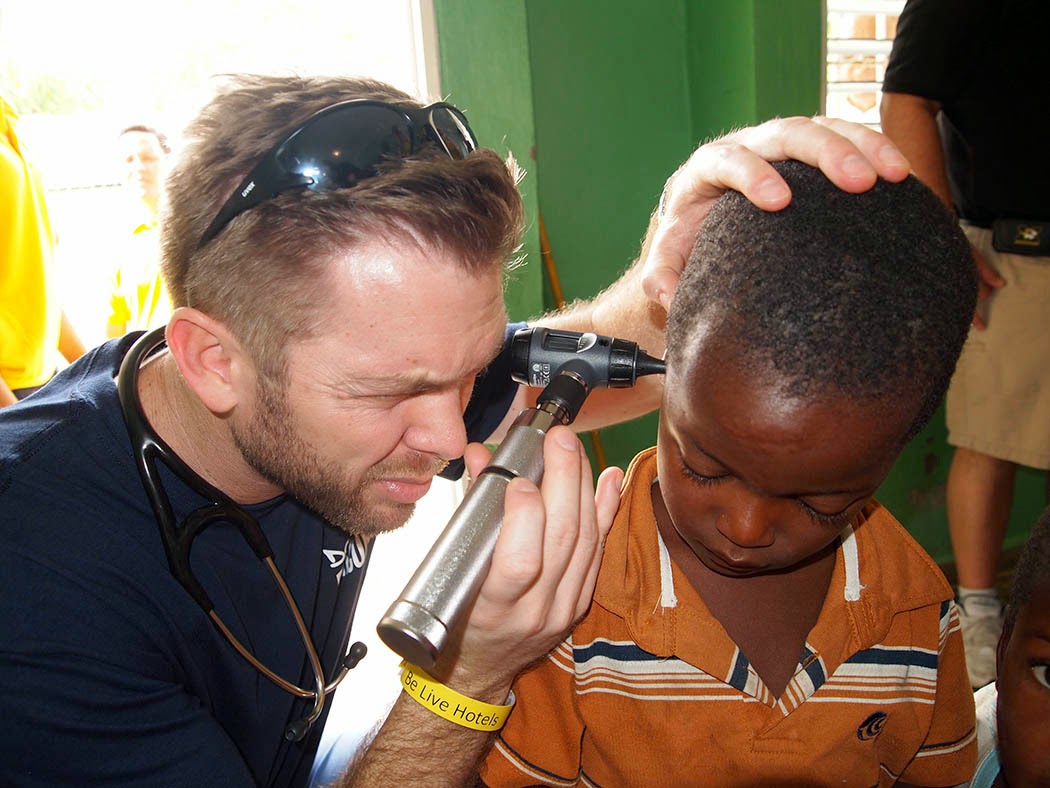 Participation in DOCARE provides KCUMB's osteopathic medical students with a broader viewpoint of health care. Year after year, students return with enhanced understanding of global health care challenges, as well as a heart to help.

This year, the University community collaborated with other volunteers, including physicians from residency programs in Arizona and Texas, to provide much-needed health care treatments to the underserved populations of seven rural Guatemalan communities.

A medical mission trip to the Dominican Republic will take place April 25-30. A team of six medical students and four faculty will perform physicals for Kansas City Royals developmental league players at their Baseball Academy. They will also join forces with local medical schools to provide health screenings for residents who live near the Academy facility.

View the 2014 DOCARE photo gallery.
Email ThisBlogThis!Share to TwitterShare to FacebookShare to Pinterest

The University again had the opportunity to host the Jackson County Osteopathic Medical Association dinner May 15 on campus. Our vice dean of the College of Osteopathic Medicine, G. Michael Johnston, D.O., is currently serving as president of this important local organization.

JCOMA is a divisional society of the Missouri Association of Osteopathic Physicians and Surgeons that promotes the osteopathic profession.

After I had the opportunity to welcome the association back to campus, Elizabeth McClain, Ph.D., assistant dean of clinical education and assistant professor of family and community medicine, presented information about our Community Clinical Education Department to the group.
Email ThisBlogThis!Share to TwitterShare to FacebookShare to Pinterest


A contingent from KCUMB had the pleasure of traveling to Jefferson City, Mo., to participate in a ceremony at the Missouri State Capitol to induct the founder of osteopathic medicine, Andrew Taylor Still, D.O., into the Hall of Famous Missourians. 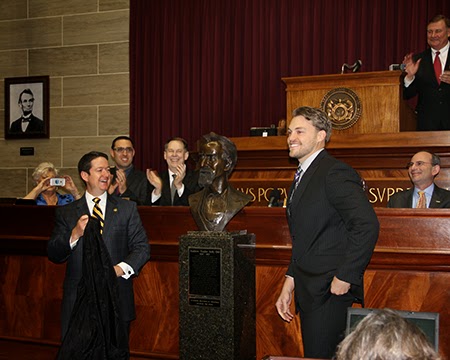 We witnessed Missouri House Speaker Tim Jones and sculptor Brandon Crandall unveil the bronze bust of the late Dr. Still in the House Chamber in front of more than 300 people, including many of our own faculty and staff. The bust will reside among sculptures of other famous Missourians, which are located between the House and Senate Chambers.

Today, there are more than 80,000 osteopathic physicians and 30 osteopathic medical colleges and universities in the United States. Clearly, Dr. Still’s philosophy of primary care, prevention and a holistic approach to medicine is what this country is seeking.

It was a proud day for osteopathic medicine, and for KCUMB, in particular.

Read more in The DO.
Email ThisBlogThis!Share to TwitterShare to FacebookShare to Pinterest 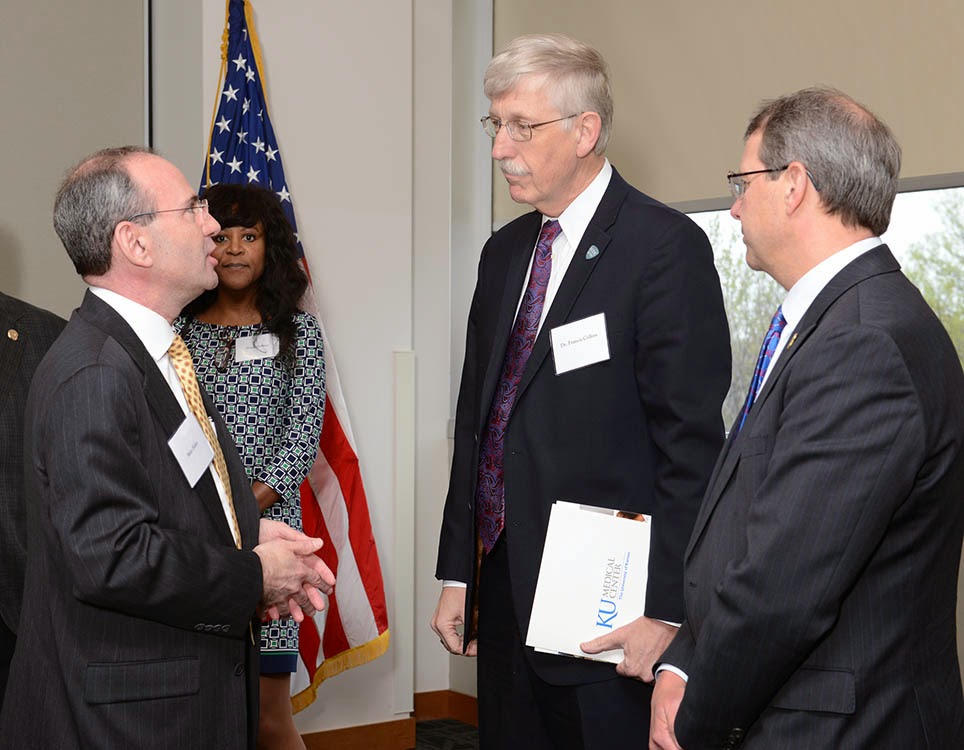 University of Kansas Chancellor Bernadette Gray-Little invited members of the KCUMB administration to attend a luncheon on April 14 recognizing Sen. Jerry Moran as recipient of the Champion of Science Award.

The Champion of Science Award recognizes members of Congress whose actions and voting record consistently reflect their belief that basic scientific research is essential to the nation's ability to address pressing issues in health, security, energy and the environment.

In addition to Frontiers, our researchers are currently collaborating with their peers at KU on projects related to ALS, Alzheimer’s Disease and Parkinson’s Disease.

Francis S. Collins, M.D., Ph.D., director of the NIH and a friend of Sen. Moran, was also in attendance. He oversees the work of the largest supporter of biomedical research in the world, spanning the spectrum from basic to clinical research.

We were honored to be a part of this ceremony and congratulate Sen. Moran on this recognition.
Email ThisBlogThis!Share to TwitterShare to FacebookShare to Pinterest

As a part of our ongoing strategic initiative to develop clerkship and residency opportunities for our students, KCUMB is actively working with our hospital and clinical partners to improve our students’ clinical training and residency experiences.

We recently collaborated with St. Anthony Hospital in Lakewood, Colo., to develop a new general surgery residency. Approved by the Post-graduate Training Residency Committee of the American Osteopathic Association (AOA) for a total of 20 surgical residents, the program will begin accepting students in July.

We are committed to developing new and innovative residency programs to provide quality training opportunities for KCUMB graduates.
Email ThisBlogThis!Share to TwitterShare to FacebookShare to Pinterest

Participating in statewide osteopathic conferences allows KCUMB officials to build better relationships with alumni, as well as discuss ways for alumni to become more engaged with their alma mater and to play a role in the University’s future success.

During the KAOM President’s Reception, I was able to share KCUMB’s story with those in attendance and get the word out about all the great things happening at our institution. In addition, representatives from Advancement and from Community Clinical Education were in attendance to meet with various constituents.

Stop by and see us May 1-2 during the 116th Missouri Osteopathic Annual Convention at Chateau on the Lake in Branson, Mo.
Email ThisBlogThis!Share to TwitterShare to FacebookShare to Pinterest

All Class of 2014 Graduates Match with Residencies, Many in Primary Care

All 235 members of the College of Osteopathic Medicine’s Class of 2014, scheduled to graduate May 17, matched to residency opportunities, an outstanding achievement that reflects well on both our students and our faculty.

All our graduates, especially those practicing in primary care, illustrate our University’s commitment to our mission of “improving the well-being of the communities we serve.”

Clark Joins KCUMB as Executive Director for Assessment and Accreditation 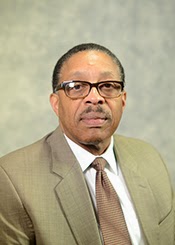 Adrian R. Clark, M.B.A., recently joined the University as executive director of assessment and accreditation. We are pleased to have someone of Adrian’s caliber to oversee our accreditation compliance and to facilitate the development of our institutional policies and procedures.

Adrian’s experience and background prepare him for this role’s broad scope of responsibility, which includes ensuring the University’s compliance with the expectations and protocols of regulatory agencies, as well as with accreditation and governing bodies, such as the American Osteopathic Association, the Higher Learning Commission and the Department of Education.

Adrian comes to our institution from Ricky Vista University, where he served as executive director for institutional planning and assessment. Prior to that, he had been the chief executive officer for New School of Architecture and Design in San Diego, Calif., and Berks Technical Institute in Wyomissing, Pa. 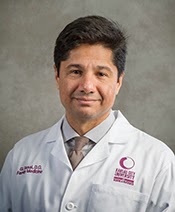 KCUMB is responding to international health care challenges by implementing a new global medicine track as part of the D.O. curriculum in KCUMB’s College of Osteopathic Medicine.

Medical students who qualify for this track will prepare for service in international communities, such as those served by DOCARE International, during the annual outreach trips.

Often, traditional medical students only experience the Western model of medical care. This global medicine track will demonstrate how other models function and will help our students develop potential solutions to challenges in health care delivery and implementation.

Led by Gautam Desai, D.O., professor of family and community medicine, the track will include research that will help our students be more competitive for post-graduate training programs. To counter the shortage of medical labs and imaging capabilities in some international areas, students will receive additional training in navigating language barriers and further improving their physical exam skills. 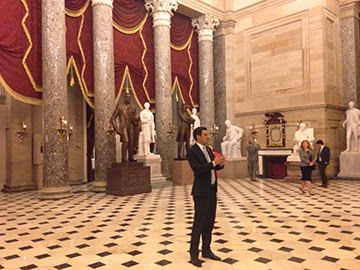 Rep. Kevin Yoder recently gave a KCUMB group a behind-the-scenes tour of the U.S. Capitol. Highlights of the three-hour tour included explanations of key interior and architectural features, such as the Rotunda, as well as a visit to the floor of the House of Representatives and the Senate Chambers.

Our group, which included KCUMB administrators, faculty, staff and students, was in Washington, D.C., as a part of the American Association of Colleges of Osteopathic Medicine's annual conference. 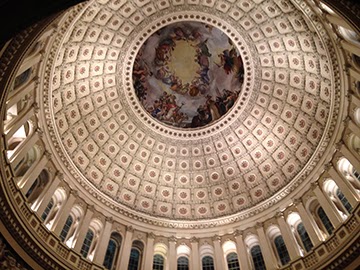 The evening also included a dinner at the Army and Navy Club, where our special guest speaker was Pamela Murphy, AACOM's director of government relations.

A special thank you to Rep. Yoder and Ms. Murphy for their time and expertise.
Email ThisBlogThis!Share to TwitterShare to FacebookShare to Pinterest 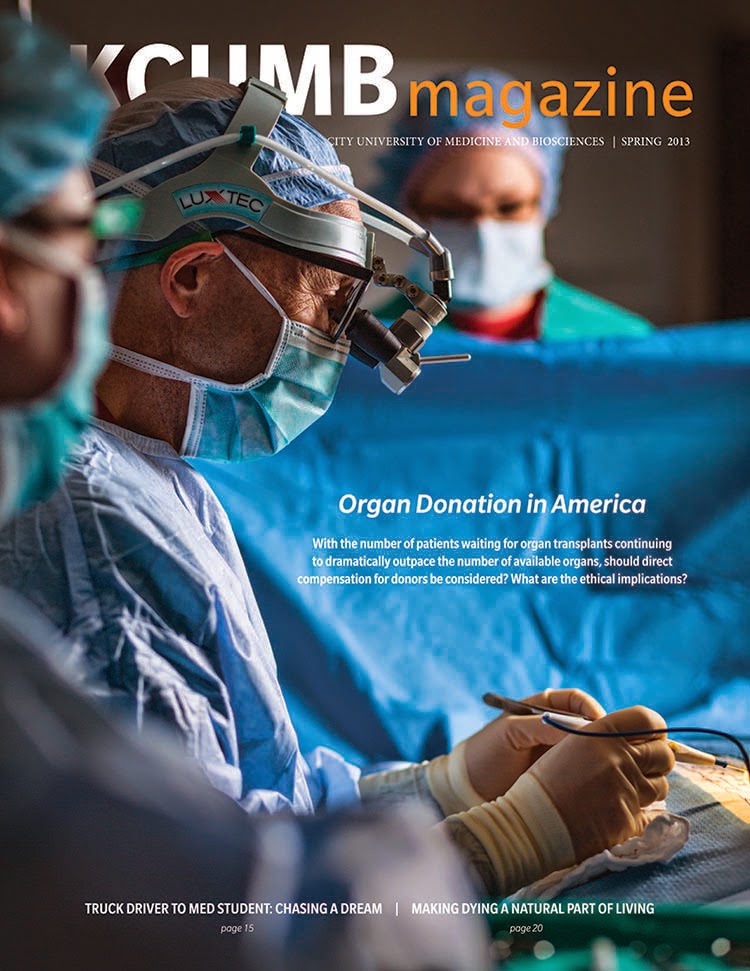 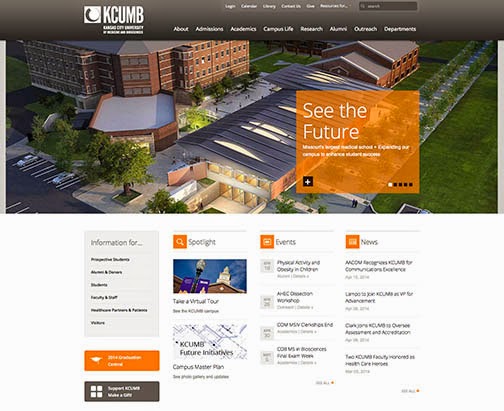 For the second consecutive year, the American Association of Colleges of Osteopathic Medicine recognized our University with two first-place Excellence in Communication Awards during its annual conference in Washington, D.C. KCUMB earned seven total awards.

We were honored with first-place awards in the categories of Best Website and Best Magazine in Print, recognizing our University Relations staff for their outstanding efforts in writing and design.

AACOM also distinguished KCUMB with second-place awards in the categories of Social Media, Printed Recruitment Piece and Newsletter, and a third-place award for Feature Story or Article, as well as honorable mention for our “What is a D.O.?” print piece.

At its spring meeting, the American Osteopathic Association's Council on Osteopathic Post-doctoral Training Institutions awarded our OPTI, KCUMB-COMEC, a maximum five-year continuing accreditation based upon the findings of a site visit that took place Jan. 27-28.

In addition to successfully achieving a major component of COCA Standard 8 (Tracking GME Outcomes), which is the most recent requirement for colleges of osteopathic medicine, this positive outcome reinforces the importance of supportive relationships with our hospital partners in training residents.
Email ThisBlogThis!Share to TwitterShare to FacebookShare to Pinterest
Newer Posts Older Posts Home
Subscribe to: Posts (Atom)