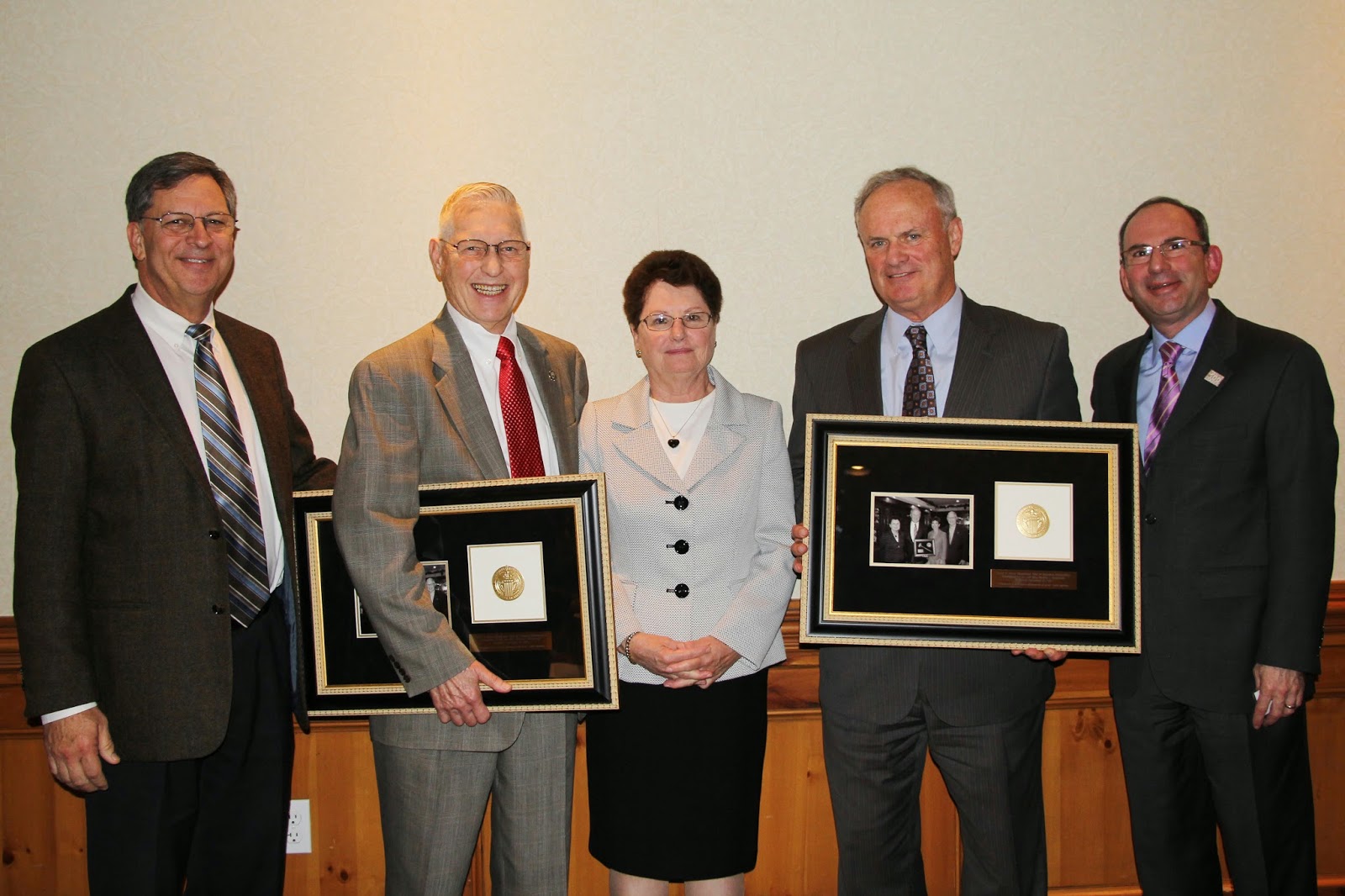 The most recent scholarship inducted into the Physicians’ Hall of Sponsors (PHOS) honors the profound impact a former chair of KCUMB’s Board of Trustees made on the University during his tenure.

Darwin J. Strickland, D.O. (COM ’65), and Suzanne Strickland established a PHOS scholarship honoring the leadership of Terrence P. Dunn, who served two terms on the Board of Trustees, including as the group’s chair from 2011-2013. Dunn, the president and chief executive officer of J.E. Dunn Construction Group, also received the University's highest honorary degree, the doctor of humane letters, in May 2014.

Since 1996, PHOS scholarships have been awarded to deserving students who demonstrate need and who exhibit potential for excellence in their chosen medical fields. KCUMB currently has approximately 90 PHOS scholarships, which are fully funded with a minimum of $25,000. Scholarships may be funded through one-time gifts or over a period of up to five years.
Email ThisBlogThis!Share to TwitterShare to FacebookShare to Pinterest
Newer Post Older Post Home